Lebohang was born in Natalspruit, near Johannesburg. He currently resides in Palmridge township in the East Rand. He studied printmaking at Artist Proof Studio where he graduated in 2012. In 2013, Lebohang was fortunate to have a residency at William Humpreys’ Art Gallery in Kimberley, Northern Cape. It was here that he had the opportunity to work with the late Dumisani Mabaso, a wonderful artist and teacher prior to his death. Lebohang has exhibited his prints in numerous galleries and other spaces including the ABSA LÁtelier competition, Arts on Main, Sandton Gallery, Joburg Art Fair and Sharon Sampson Studio. Most recently, he was part of a three-person show with fellow artists Sizwe Khoza and Dzunisani, called “Hiya Kwini?” (Where to?). Lebohang has worked with Sonke Gender Justice Network, a well-known NGO dealing with gender equality and abuse. There were certain books and magazines that he was featured such as the South African Voice,  A new Generation of Print Makers, Sanaa Africa, The Co-Operation for Research and Education and South African Art Times. He also had a commission at Rand Merchant Bank (RMB), Duke Corporate Education and RMB Winex. Lebohang held his first solo exhibition at Halifax Art in Parkhurst, in 2016.

"I am told that my grandfather was a musician and a prophet. Ironically, I was born on the same day that he died. Almost everything that my grandfather did during his lifetime is similar to my own life. He is the only person in my family with whom I really feel connected to. My artwork is inspired by the journey travelled by my grandfather, who was a singer and organist for the Amajembe Jazz Band. It is about the fact that one can inherit a gene from a family member and be recognized as that person. When I visit my grandfather’s house, I feel like I have lived there. When I touch my grandfather’s instruments, I feel like I have played them. When I look at his photos, I see myself. Looking at his strength and belief has encouraged me a lot as an artist. My work is dedicated to him." - Lebohang Sithole 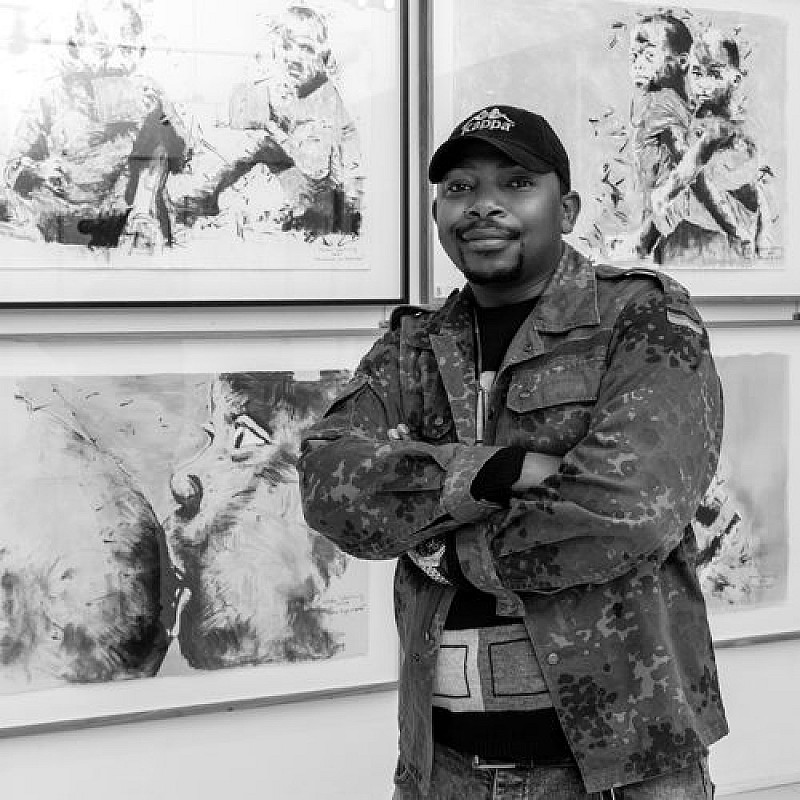 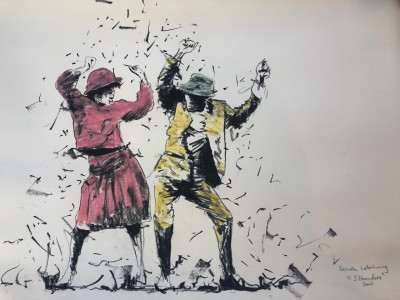